This is the Barefoot Brats Sugar Kitty’s party group. We the Barefoot brats are a group of friends who like to party, now since we have two DJ’s in our friends group we decided to make our own party’s and ofc we not want anyone in SL to miss our party’s, join this group to stay updated on all the awesome party’s

i started to learn mixing Trance music and love it a lot, i am lucky i know a girl who is one of the best DJ in sl and who teached me a lot, beside she is one of best DJ of sl she is also most cute and sweet girl of sl.

I dont know where this DJing will lead to but i love it a lot, for now i not have a regular place i play each week but do sets ones in a while. See my shedule pic for upcomming sets

I not do pre-recorded stuff but mix live

The Barefoot Brats started with two girls who liked to go clubbing and especially barefeet. Slowly more and more people wanted to join because

they all liked to go clubbing barefeet.

After some time the group was a pretty big group with friends who did party together and since we all liked to party we decided to go do our own parties.

The first party we did as Barefoot Brats at our own barefoot brats club Estancia Moonshine was a huge success, people who came loved it and everyone wanted more so we decided to start with 1 party a month, we probably will go to 2 parties the month but we want to keep it special and we believe if you do parties all the time it is not so special anymore. 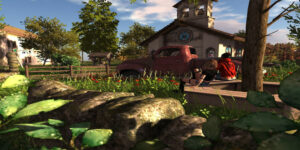 Genre: all about Music:)

The barefoot brats club is halve a sim very beautiful build with two party area’s, there is a big stage for big parties and a smaller stage for the more intiem parties, the rest of the sim is worth coming to see with all the different spots it is a very nice place to take pictures.

More about the already listed and participating DJ’s you will find below, or use the Search Button on the main Blog Page

OMG is it really 1 year that the barefoot brats are around……..

On a rainy Saturday evening there was a cute girl dancing alone in a club, she did not saw a other very cute girl entering the club and started to stare at her. After a while there eyes crossed each other and they smiled at each other. Before they both knew they where dancing together and talking and not long after that the one girl asked the other girl to come home with her to have a ”drink”

At that moment the Barefoot Brats where a fact, the two girls went out clubbing together and ”drinking” at home and before they knew there came a third brat and not long after that there where four and five………

Now after 1 year there are 55 brats, all so amazing and so cute and sweet and sexy and hot and they all like to ”drink” at home and going to clubs.

And of course we gonna celebrate this anniversary and of course you all are invited, so keep Saturday November 13th free, the party starts at 12PM SLT till deep into the night.

During the party everyone can join the photo contest.

What you have to do to enter the photo contest:
-Make a photo during the party
-Join the brats Flickr group

The best photo will be chosen by the brats.

The winners will be announced on the brats Flickr group and in the Brats party group on Thursday November 20th and they will get contacted.

Thanks Varisya for the Permission to spread this out in my Blog and fb;)

6 Comments on The Barefoot Brats

6 Replies to “The Barefoot Brats”

cruising around here as well: