I’m Aindrius, the DIGITAL disc jockey, so all you old school Djs can stick your vinyl up yer hole! lmao

I don’t send out group invites at my sets nor do I send out notices about sets, so if you have heard me spin & enjoyed the sounds, feel free to join. I’ll only use the group IM option! 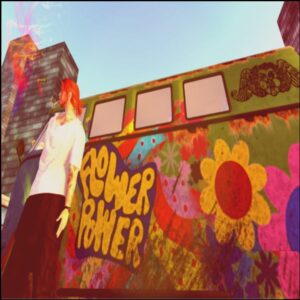 Producing electronic music since 1991 under the alias DolbyProLogicDuncan(demo scene/disk swapping), later abbreviated to Dublogic due to old school bulletin-boards having a character limit (Never mind, it was before DA INTER NET)

I’m mostly using Mod/Tracker methods to create my productions. As time went on, better sounding Mod/Tracker/Audio hardware(emu8000) became more accessible to me so I kept this format of producing throughout.

In 2000 I got my first official release under the lovely UWE (Uncivilized World Entertainment) label who have had many cool releases from outfits such as Jeff Mills, Birdy Nam Nam, Laurent Garnier, Underground Resistance, Aux88, Dj Kraft, The Hacker, Beastie Boys, The Horrorist, Justin Berkovi.

Taking quite some time thereafter to produce anything, I finally got back into the swing of things in 2009 with a whole new game plan!(new setup) I began to release and produce again under another alias “Unevenratio”

Various support(directly & indirectly, as in Originals or Remixes) from :

Some of my releases can be found @ Beatport, Junodownload, iTunes & Spotify. If you Dj and are interested in a track to use in a set, feel free to inquire about a WAV or MP3, via Soundcloud messaging.

Thanks for the Permission to spread this out in my BLOG and FB;)